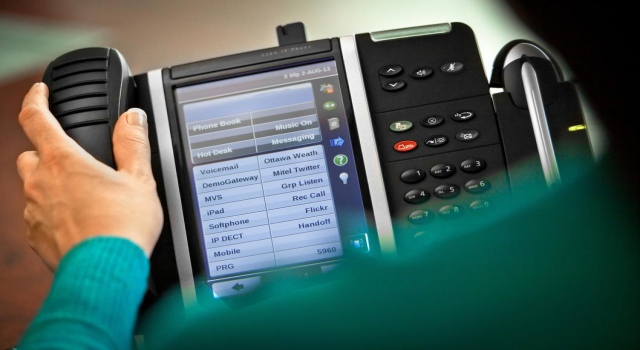 What is Voice over Internet Protocol?

VoIP converts the voice signal from a telephone into a digital signal that can travel over the Internet. If a regular telephone number is being called, the signal is then converted back at the other end. Depending on the type, a VoIP call can be made from a computer, a special VoIP phone, or a traditional phone with or without an adapter.

Voice over Internet Protocol (VoIP) technology converts voice communications into digital data that transmits over the Internet or a packet-switched network. VoIP allows telephone calls to be made using a high-speed Internet connection instead of a traditional analog phone line.

The way calls are routed may be different with VoIP, but existing phone equipment can still be used as with a regular telephone line. Most VoIP services provide a phone adapter that connects an existing home phone with the Internet. Simply plug in the adapter to the home Internet network and home phone and start dialing. Most services offer the option of a softphone, which simply means using a computer as a phone.

While the technology may seem complicated, voice over IP phone service is becoming an increasingly reliable and popular alternative for homes and businesses. VoIP phone systems can provide significant cost savings over a conventional phone system with lower monthly fees and cheaper long distance and international rates. VoIP users are also privy to numerous calling features, ones that typically cost extra with regular phone services. Since most VoIP services cater to businesses as well as residences, they work very well for home offices as well. Since the phones a business already has can be used, setup costs are minimal.

Many of the top hosted VoIP service providers, such as Telx Telecom, handle all the heavy lifting offsite, delivering calls to phones and software clients without much hassle, especially if a business uses phones that are plug-and-play certified for the service, like Polycom Soundpoint IP 550. The majority requires no additional on-site hardware aside from those phones. Business Internet phone service from a hosted provider is significantly less expensive than traditional phone services.