Traditional telephone service has dominated communication for over a century. It’s relatively dependable, easily available, and hasn’t changed in years. Recently we have observed a shift toward digital transmission. This shift can be attributed to improvement in digital technology, the explosion of global commerce, and increased demands for comprehensive business communications.

Traditional telephone service is analog, a protocol that is built around what you might actually hear when talking to someone in the same room. In fact, the system was designed to carry the most important frequencies of the human voice. While that sounds like a good thing, it is actually a problem for networks that speak in packets or bits and bytes. (Remember the sounds your dial-up modem made?)

These networks traditionally would take an analog signal, convert it into packets, send it through the network, and then convert it back to analog on the other end. The problem with that system is that you have to convert something into a different protocol and back, which can take time or even corrupt some of the data. Any calls outside the local loop area are connected via toll connecting trunks, which are more and more commonly made from fiber optic cable. VoIP technology converts traditional telephone services into computer-enabled networks by using packet-switched protocols, one of the languages the network already uses.

The traditional phone system uses a technique called circuit switching. A connection is set up, and the user then delivers a continuous stream of data, then the call is terminated. With VoIP technology, voice signals are assembled into digital IP packets that have the caller’s and receiver’s network addresses prior to being sent out over the Internet. The packets let the network know where the data came from and where it is going. Because VoIP uses IP packets, more information can be carried over the network to support and enhance your communication needs when compared to traditional telephone methods. 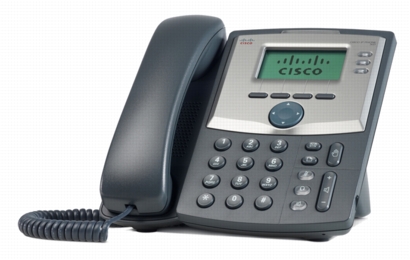 VoIP runs on an Internet packet-switched network, incorporating multiple routes or paths, allowing a lot of packets to travel many of the available Internet routes, continuously finding the path of least resistance. If one path is down or blocked, that packet can simply switch to another working route to keep the call functioning. With multiple packets traveling a wide variety of different paths, resources are utilized more efficiently. In particular, bandwidth can be allocated but unused, as when no one talks. At the final destination, all of the IP packets are reassembled completing the activity.

What does this mean to you? Analog communications are not obsolete, but they are being surpassed by rapid innovation in the VoIP services. VoIP phone service provides higher quality call that get are already using a language the network uses. Perhaps most important, they travel the network faster, which not only improves call quality, but also leaves room for data on the same network.

Telx Telecom specialized in VoIP technology for your business needs. We are fully customizable and can scale as your business grows.