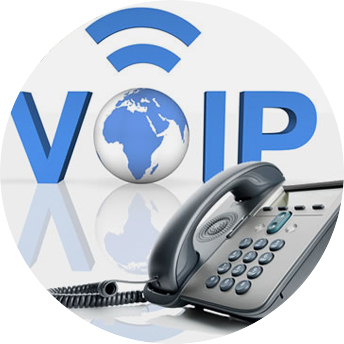 Telx Telecom, a popular and established VOIP service provider in Miami, Florida, today announced that it will now be providing a new product to its SMB (small to medium business) customers: Internet phone service, which allows businesses to call anyone, including traditional phones or cell phones; using Internet-based networks. This will allow organizations and individuals to communicate quickly and clearly at a much lower cost, and with a variety of tools from computers to traditional telephones.

Over 100 years ago, Bell laid down the foundation of modern phone service using analog cables buried in the ground. In a few decades, they had spread the ability to communicate via telephone to nearly every corner of North America. At the time, Bell’s innovations in phone service changed the landscape of communication forever, making near-instantaneous correspondence possible across an entire continent. Yet the world has profoundly changed from the Bell days. Now we have the fastest and most interactive tool known to man: the web, which Telx Telecom is harnessing in order to greatly change how people think of telephone service: both for themselves and for clients.

Voice Over Internet Protocol (VOIP) is not a new technology, having been around nearly as long as the Internet, but in recent years, technological improvements have allowed it to dramatically improve in quality, usability, speed, security, and cost. These improvements are leveraged by service providers, and some of the best systems are available to end-users at a small fraction of the price they were only five years ago.

Reliability has also vastly improved. Older systems were chided for their choppy service and poor voice quality, but these issues are quickly becoming a thing of the past. Internet phone service is also free of traditional taxes, and in most cases you can keep your old phone number.

If business owners/procurers are looking for VOIP-hosted PBX systems, or another type of hosted VOIP, TelX Telecom is also a provider of VOIP hosted PBX networks and additional hosted PBX services/solutions.